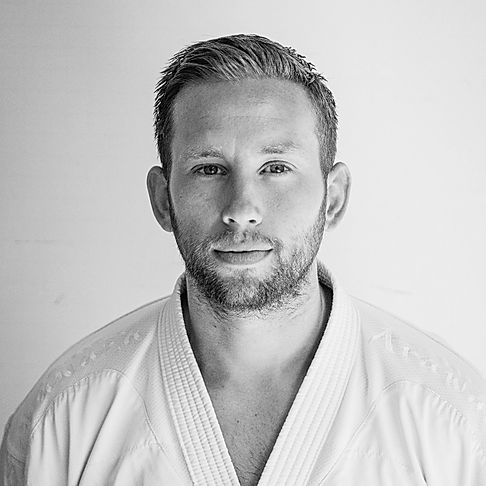 Sensei Dan Cuthbert, 4th Dan, is the Karate England Kumite Coach and has won numerous medals in competitions around the world. This includes winning National, European and World Championships in Kumite.

Sensei Dan began his Karate journey as soon as he was born. With his father being the founder of UKA and his mother a dancer he was going to go one of two ways. He is a great dancer, but an even better fighter; so, he focused on Karate. At the age of 12 he attained his 1st Dan, and he is currently a 4th Dan.

Sensei Dan’s fondest memory as a child was sparring with his Dad, “I could hardly hit him. It was such fun putting pads on having a go. As I got older, I saw real fights where people got seriously hurt; I then realized just how important fighting on the mat was. Testing yourself to hone your skills, speed and awareness for self-defence.”

Dan’s personal motto is, “Don’t tell me the sky is the limit when there are footprints on the moon!”. He believes we all have the potential to learn karate, get fit and become the champion within. Dan continues to train hard to make his teaching skills as good as possible.